First, a personal note: After 9 weeks, I’m (hopefully) back to blogging after that hiatus. Caring for a newborn means being dazed with lack of sleep most of the time. It’s hard to explain but I’m not always all “there” and I hardly, if ever, get the “flow” hence not much blogging going on. I don’t know how full-time working moms do it especially in the US where the 12-week mandatory maternity leave (believe it or not) can be uncompensated depending on the company. By the way, the US is completely alone in not mandating paid leave. As things go, I’m starting to get a full night of sleep but every baby is different – for some moms, a peacefully sleeping baby may not come for way longer than that. The next time you see a new mom coming back to the workforce, understand that she may be operating on 4 hours of sleep the night before.

Uber-ification = the slimming down of application interfaces into push-button experiences that do one thing. The next consumerization.

Beyond 140 characters, uber-ification describes on-demand mobile services (ODMS) which is:

…apps which aggregate consumer demand on mobile devices, but fulfill that demand through offline services.

From the same post with the quote above, it is a closed loop experience from discovery, ordering, payment, fulfillment (performed offline), and confirmation.

My most recent experience

On a Friday, a few weeks ago, my washer broke – while I was trying to wash a half-a-week’s worth of clothes. If I was single, that would not be a problem. With a family, while 8.5 months pregnant, that was a concern. I immediately called the manufacturer, Whirlpool, while searching online for appliance repairmen. The appliance is out of warranty so here’s what I got:

I was leaning towards Sears but the next availability would have been on a Wednesday, a full 5 days without a washer and who knows what parts I would need. Then my husband had a brilliant idea, “why don’t you try Thumbtack?” We are involved with a startup that has worked with Thumbtack, a $100M-funded startup that connects consumers with local service professionals – anything from house-cleaning to graphic design.

I opened Thumbtack on my phone’s browser, posted the job and received a response within 30 minutes with this quote: diagnostic rate of $69.95, waived with repairs at a flat rate (repair and parts). The cherry on top? The repairman can come at 9 AM, next day on a Saturday. I clicked on “Hire.” He came the next day, diagnosed it as a washer timer (huh?), ordered the parts and fixed the washer on Wednesday, the same day I would have gotten a service call from Sears. On a side note, it actually would have been fixed the day before but he got into a minor car accident. The point is, a relatively small startup saved me while the major companies (Sears and Whirlpool) couldn’t.

Despite the ubiquity of and obvious value of on-demand services companies like Uber (transportation), Airbnb (hospitality), Postmates (delivery/logistics), etc, I’m surprised when I meet people who either have not heard of them or discount the viability of such business models. By the way, Uber is not the first of on-demand mobile services but its high profile has made the company synonymous with these types of apps. New startups would most likely use the term “Uber for x” when pitching to investors.

Like most people glued to their smartphones, I find calling a phone number to schedule something to be such an inconvenience. Most of the time, you’re put on hold, go through a loop of menu options and/or lose the call. Anyone who’s used Uber knows how effortless it is. Sure, you may still have to call if you’re in a weird and difficult-to-find location but this has seldom happened to me.

Beyond the ease of using the app, it is also a seamless experience. You click “Buy” or “Hire,” the service is performed, and most of the time, the payment is also in-app. There’s no need to take out your wallet at all (I paid cash offline for Thumbtack though). If you’re unhappy/happy with the service, you have the option of leaving a starred review. This kind of easy feedback mechanism pushes exceptional service providers at the very top and the not-so-exceptional at the bottom. Such a Darwinian scheme ensures that bad service providers will be pushed out at some point, leaving the consumer with good-to-great choices.

Why startups instead of big companies?

When we talk of ODMS, it’s usually a space populated by startups. This is because the ubiquity of mobile computing took most big companies by surprise. Even Google had to contend with struggling mobile ad revenues in 2014 as it had to adjust to the growth of mobile.  The very notion of on-demand relies on the mobility of the device by which those services are summoned, thus the smartphone.

Furthermore, ODMS operate in fragmented markets – think taxi industry and the bed-and-breakfast industry. What an ODMS does is connect a usually disorganized set of service providers with consumers – an undertaking that requires a lot of agility, something that big companies usually lack.

But are they profitable?

This is where I’m a little stumped. I am absolutely convinced that this model is here to stay but I also know that getting to profitability would be a long hard road. And forget valuations based on funding rounds that turn startups into unicorns – investors simply do not want to lose out so they keep putting up the money.

It’s not just the companies’ investments in technology and marketing but they also face uphill legal battles worldwide – from employee classification (independent contractor vs. employee) to the legality of the business itself (can people rent out their homes?).

Even if profitability is just a speck in the horizon, the relevance of ODMS increases as more and more people become familiar with and comfortable with the services. My sister*, who is probably the last person I know to buy a smartphone (and who recently bought an iPad Air!!), had a great experience with a Manhattan Airbnb a few months ago. I had to book it for her because she didn’t have a profile and was dubious about the whole thing. She even questioned the wisdom of giving her credit card information to a “startup” but came away from the experience very happy and satisfied. I wonder, how many more out there are like her who have yet to use ODMS?

What is the future for ODMS?

The underlying tech of ODMS is such that it can be applied in so many ways. Uber’s way of tracking drivers for example can be translated to deliveries – something that they do in some cities with food and package deliveries. Postmates is experimenting with Postmates Pop, a 15-minute lunch delivery program. It’s quite possible that we will see some consolidation among the startups with similar underlying technologies in a way that we saw the merger between Grubhub and Seamless; and the way that Grubhub Seamless have since acquired two delivery companies since.

In a post about Instacart, I said that it will probably be an acquisition target, giving investors decent returns. The same could be true for most ODMS as the space gets more saturated but it is hard to imagine Uber or Airbnb as acquisition targets – their valuations are simply getting too ridiculous to be viable acquisitions for any company. So at some point, after investing hundreds of millions in R&D, they will have to reach such a scale as to reach profitability. And I mentioned my sister because I think that we have yet to see the kind of massive adoption that would translate to profitability but I believe we are getting there.

When that happens, it would be interesting to see who are left standing – the billion-dollar startups or the old guards who either developed their own tech or acqui-hired ODMS startups.

Another personal note: I saw the stats on top of my WordPress dashboard and noticed that I still get a lot of views even though I haven’t posted in 2 months. If you are one of those readers, thank you for your patience. You are the reason why I try to post as much as I can, as best as I can.

My first smartphone was the 1st generation iPhone in 2007. Back then, it was just a really cool and beautiful machine that you can use sometimes to browse the web or look up an address via Google maps. Everything was so slow probably because mobile network providers couldn’t really handle the load yet. Apps were still a new concept and app makers came and went so that an app that you liked one day could lose support the next.

Fast forward to today and this is what you get: 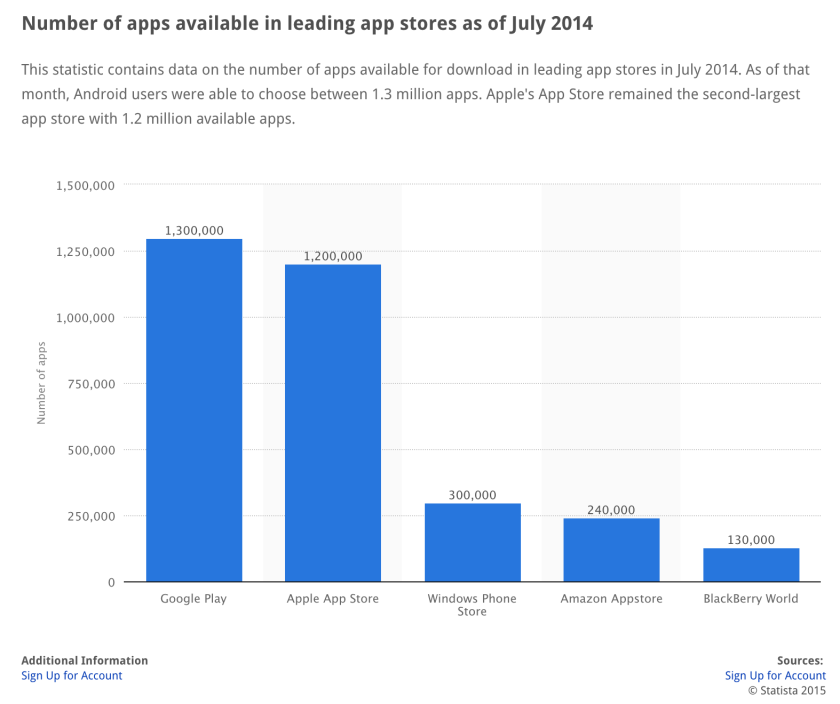 With all that noise, we sometimes end up downloading apps that we use once or never. Over time, here are the apps that continually occupy my home screen and that I have found the most useful. I use an Android phone these days, the Nexus 6, so functionalities for Google’s suite of apps might be a little ornery on iOS and other mobile OS. But the rest of the apps I’ve outlined here should work just as beautifully and maybe even better on iOS since most of them were developed first for iOS. I hope these apps help you as much as they have helped me over the years. Remember, your smartphone is more than just for calling, it’s your mini-computer. Now, put that awesome and expensive device to work.