Here’s the most relevant news this week in tech and retail. 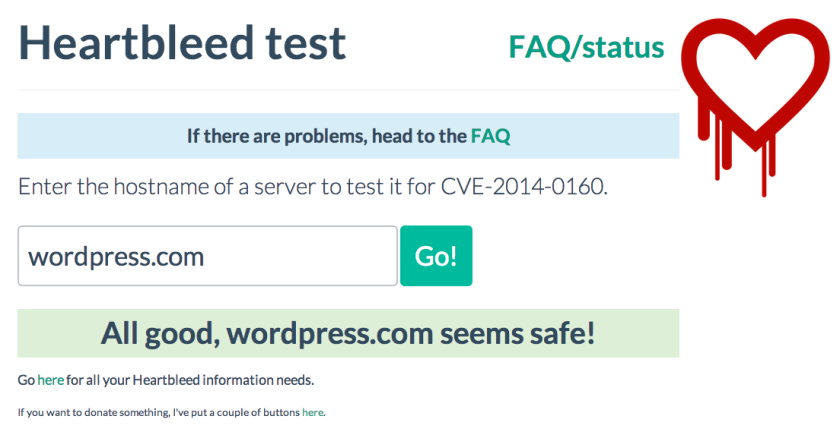 On Monday, April 7, security researchers from Google’s security team and Codenomicon reported a security flaw, dubbed “Heartbleed”, in OpenSSL, the web’s popular data-encryption standard. You might be affected either directly or indirectly since OpenSSL is the most popular standard being used to encrypt traffic over the Internet. Web servers such as Apache and nginx use OpenSSL and the combined market share of these two was over 66%.

Codenomicon has set up Heartbleed.com to address/explain the issue in detail as well as to release any news specific to the Heartbleed bug. I’ve listed the gist below from the website as well as other news sources:

“Bug is in the OpenSSL’s implementation of the TLS/DTLS (transport layer security protocols) heartbeat extension (RFC6520). When it is exploited it leads to the leak of memory contents from the server to the client and from the client to the server.” (Heartbleed.com)

What you can do

Unless you’re the system administrator, there’s not much you can do. However, once the website has updated the OpenSSL version to the emergency patch, which Yahoo has done, immediately change your password for that service just in case you were affected. Mashable compiled a list of websites where you need to update your passwords ASAP.

Update: Added link to Mashable for list of websites.