Happy holidays and all that but let’s talk rockets, shall we? More specifically, let’s talk SpaceX’s historic vertical takeoff, vertical landing (VTVL)* of Falcon 9 on Sunday, December 21. The questions and comments have centered largely around who really is first to do VTVL (Vertical Takeoff, Vertical Landing) – Bezos’ Blue Origin or Musk’s SpaceX.

When I first heard of Blue Origin’s launch and landing, I didn’t even bother to check out the video because I thought SpaceX’s Grasshopper have done that already. I’m actually wrong, Grasshopper did eight successful VTVLs but the maximum height it reached was 744 m (2,440 ft) before it was retired.

So, For the category of VTVL rocket to reach space and successfully land, then yes, Blue Origin is the first of its kind. But when Jeff Bezos tweeted:

A lot of people, including me, was incredulous. What club? Because SpaceX right now is on a league all its own.

Space vs. orbit
First of all, where does “space” begin? 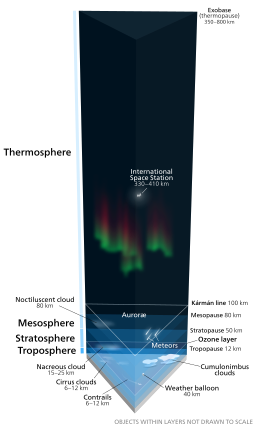 Conventionally, the Kármán line at 100 km (62 mi) above sea level is used to define the beginning of outer space. And Blue Origin did breach space, reaching an altitude of 100.5 km before descending back to Earth.

But putting something into orbit is an entirely different kind of animal. First of all, the rocket does not just shoot straight up, it goes up and then goes sideways really, really fast after reaching a certain altitude. XKCD has done a great explainer on space vs. orbit here.

Getting to space needs ~Mach 3, but GTO orbit requires ~Mach 30. The energy needed is the square, i.e. 9 units for space and 900 for orbit.

Space race is heating up
Now that we have that cleared up, it is great to see private companies focusing on space. Competition will yield the best technologies and the best practices and also prod the incumbents into action. And that is already happening.

An omnibus spending bill passed by Congress this month appropriates ~$55M and instructs NASA to develop a “prototype deep space habitation module” no later than 2018. It also requires NASA to submit a status report to Congress within 180 days of the bill’s enactment which could be early 2016.

Furthermore, SpaceX’s accomplishment could push Russia to reassess the costs of their own projects in order to maintain market share. The United Launch Alliance, a joint venture between Lockheed Martin Space Systems and Boeing Defense, Space and Security, uses Russian-built engines for most of its rockets. On December 23, 2015, the ULA announced that it had ordered 20 RD-180 engines to power up to 20 launches of the Atlas V rocket.

So, here’s to a wonderful 2016 and to hopefully more space exploration. And let me leave you with this:

* VTVL is a term used for a form of takeoff for rockets, not to be confused with VTOL (vertical take-off and landing) for aircraft – helicopters, fixed wing aircraft like the Harrier.
**Speed taken from SpaceX launch video

One thought on “Happy Space Year”