Most of the snark and fanboy/girl-ism is here as Apple Watch goes on pre-order and appointments can be had to try it on. As someone who has predicted that despite the snark, people will still buy it (and they have, at least in China where the Gold Edition is sold out), I have an interest in how it performs. So despite my being a Google fangirl, I made an appointment to try on the Apple Watch Sport tonight. On that same note, when my husband read my post here about the iPhone 6 still having the best camera on a smartphone, he became convinced that I should put up my Nexus 6 for sale on eBay and get myself an iPhone instead. For a few minutes, I let myself imagine being back in iOS and then I snapped back to reality and said – no, absolutely not. I share, post, take notes across several apps (photo editing, social, productivity, messaging) and Android lets me do that with no problems. In fact, I was able to upload the Android screenshot below to this post in WordPress within the photo app while I had to open the Gmail app and attach the iOS screenshot to send to myself so I can upload to this post. I mention it because I’m pretty sure that once we’re there trying the Apple Watch, I will salivate over the iPhone camera. This is sort of a reminder to myself of how painful so many other things are on iOS. Btw, you might want to hold off on that iOS 8.3 update (new emojis!) for now – the update breaks Touch ID purchasing for some users.

Sharing a photo on Android (with even more apps below screen) 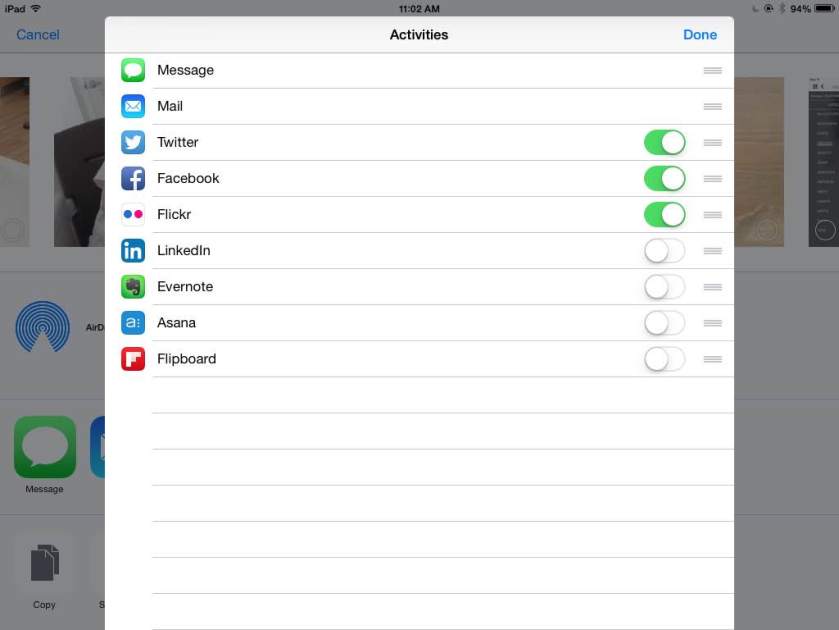 Sharing a photo on iOS

Here are the most relevant news in tech and retail this week: