You have probably read or browsed through Marc Andreesen’s 2011 essay on “Why software is eating the world”. If you haven’t yet, it’s a worthy read on software’s large scale implications on several industries and the skills needed for the future workplace. Andreesen’s partner at venture capital firm Andreesen Horowitz, Benedict Evans, recently delivered a presentation at the WSJD Live tech conference – “Mobile is Eating the World.” You can see the deck that he presented here.

The death of the PC has been talked about for a long time ever since global PC shipments started shrinking. But, it does seem like the post-PC era is coming. Last year, Gartner reported the steepest drop in global PC shipments at 6.9%. Yes, we still need them for work but the rest of the time, as smartphones and tablets get more processing power and more useful apps. One of the slides (page 14) that resonates with me speaks on how smartphones know more about the user than PCs. Think about it, location-based apps mean that your phone not only knows your browsing history but also where you’ve been. It’s an argument that to me, is the most convincing yet on the death of the PC. 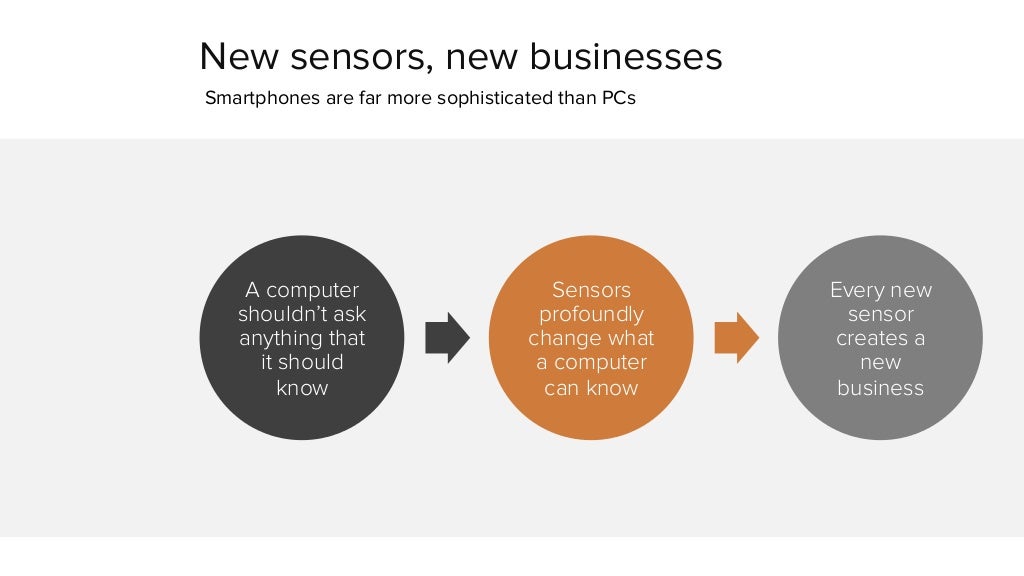 Here are this week’s most relevant news in tech and retail.