For the 2nd in this series of posts on mapping some brands, I’m mapping a mix of private and public companies. It was more difficult finding the exact information such as how the brands are grouped under the parent companies and their revenues so I’m grouping them mostly based on a mix of information found on the company websites as well as news features. The MaxMara maps is pretty much self-explanatory but OTB, Fast Retailing and JAB Holdings need more context 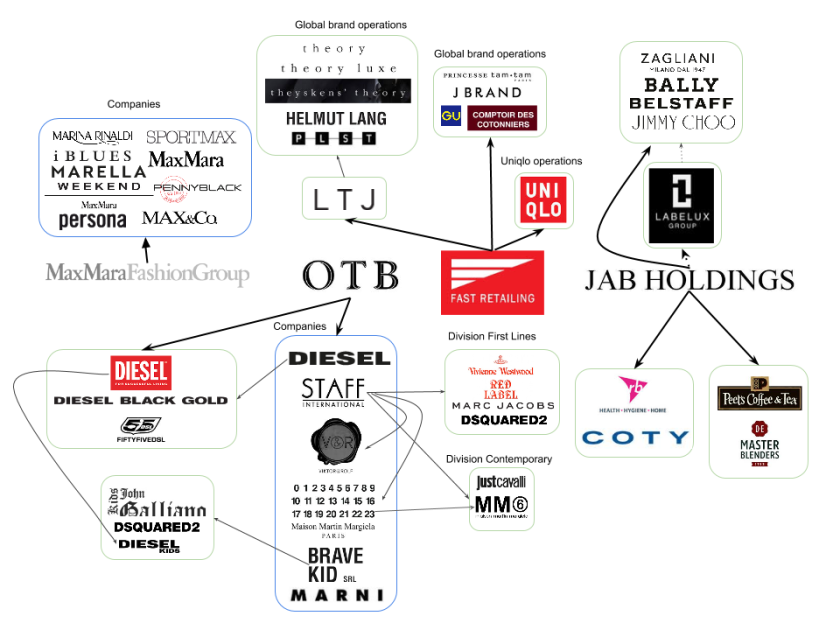 One thought on “Map of brands in luxury fashion, pt. 2”